Home > About FCB > Our Staff

The First Commercial Bank team is unmatched when it comes to local understanding and business banking acumen. To learn more about any member of the distinguished FCB team, simply click on that individual’s name. Each officer listed below and our strong support staff are here to provide you with the best banking experience. 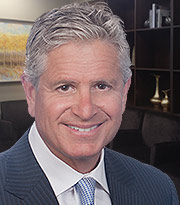 A well respected and experienced regional banking executive, Curt has served in top leadership positions over the past three decades. This rich background led him to start Metropolitan Bank In 2008; it grew steadily with locations in Mississippi, Memphis and Nashville, TN.  Curt was named President and Chief Banking Officer of Renasant Bank following Renasant’s acquisition of Metropolitan Bank in 2017. Curt joined First Commercial May 1 of 2020, and became President & CEO on May 1, 2021. Rick was a founding member of Metropolitan Bank where he served in a number of key capacities, including Chief Operating Officer, Chief Administrative Officer, and ultimately, Chief Revenue Officer. His experience also includes positions at Deposit Guaranty, and Union Planters/Regions. Most recently, Rick was President of Commercial Business Lines at Renasant Bank. The father of two grown children, Rick and his wife make their home in Madison, Mississippi. John has over 30 years of banking experience. He began his career with First Tennessee in Memphis. Having served in various roles with Trustmark National Bank over the past 25 years, John most recently was Senior Vice President, Corporate Lending. He is an acknowledged leader in Commercial Banking throughout the Southeast and has achieved great success as a producer, manager, and mentor to other commercial lenders. John joined First Commercial in 2020. Sam has more than 40 years of banking experience which included 17 years with Deposit Guaranty. Sam has been with FCB since its founding in 2000. His emphasis has been in middle market commercial and corporate lending in the Jackson metro area and throughout the state of Mississippi.

Joe has over 40 years of lending experience. For eight years he served as a credit officer for Deposit Guaranty where he worked with the business and professional market segment and with the community bank division. Joe joined FCB in 2000. 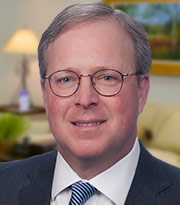 Brian has more than 30 years of banking experience. He began his career with Union Planters in 1989, and started his focus on private banking in 1994 with Deposit Guaranty. In 2007 Brian was one of the founding members of Metropolitan Bank, serving as President of Private Client. During the transition of the merger with Metropolitan and Renasant Banks, Brian was named the President of Private Client. Brian joined First Commercial Bank in 2020. Pam began her career with Union Planters Bank in the Retail Leadership Development Program. She spent the majority of her career as the Chief Operations Officer with Metropolitan Bank, focusing on deposit operations, digital banking, loan operations, information technology, vendor management, and compliance. Most recently Pam served as the Director of Operational Process and Efficiencies for Renasant Bank. She joined First Commercial Bank in 2020. Bryan has 15 years of commercial and corporate real estate experience. He began his commercial real estate career as a regional manager for Parkway Properties (Jackson, MS/Columbia, SC) and then moved into the banking sector as a vice president in the corporate real estate area for Regions Bank. He next worked with CB Richard Ellis, Inc. for six years. Most recently, Bryan has spent the last three years as the director of facilities and property management for Kerioth Corporation in Ridgeland. June began her career as an auditor with KPMG in 1994 and later transitioned to the commercial banking field with Wells Fargo Bank. In 2004 she joined Union Planters Bank and in 2007 was one of the founding members of Metropolitan Bank, serving as commercial relationship manager. During her later years at Metropolitan Bank, and while at Renasant Bank, she focused on commercial real estate financing. June joined First Commercial Bank in 2020. Deonté joined First Commercial Bank in October of 2018, having previously worked as a Trust Officer at Pinnacle Trust, and as a Trust Account Administrator at Trustmark. Deonté earned his Bachelor of Accounting and his MBA from Belhaven University. Since joining First Commercial Bank, Deonté has provided great depth in our Trust Department, and has developed strong relationships with many of our Trust customers. Effective November 1, 2021 he was promoted to lead the department as Senior Managing Director & Trust Advisor.

Frances joined the banking industry in 1983 with Deposit Guaranty National Bank. Her last seven years there were spent in Real Estate Lending. She also spent three and a half years in the Private Banking sector with BancorpSouth. Frances joined FCB in 2000. Elizabeth is a Managing Director in Private Client Banking based in our Ridgeland office. After receiving her B.B.A. in Banking and Managerial Finance from Ole Miss, she began her career with Metropolitan Bank in Memphis, serving as a consumer credit analyst for two years. She then joined Simmons Bank (formerly Triumph Bank) in Memphis, initially as a portfolio manager and then as an assistant vice president in medical and professional banking. Elizabeth joined First Commercial in 2023. Dakota Tate has experience in trust administration and a background in brokerage and wealth management. Prior to joining First Commercial Bank’s Trust Services team in 2021, he was with Regions Bank Private Wealth Management, and prior to that, he worked for Morgan Stanley Financial Services. Dakota knows this market, having grown up in Madison, Mississippi, and graduated from Madison Central High School. He received his Bachelor of Science degree in Business Administration from Mississippi College. In addition, he also earned a Master of Business Administration degree from Mississippi College. Recently, he graduated from Leadership Madison County as part of the 2019-2020 class. Hank earned his Bachelor of Business Administration degree from Mississippi State University, and received his MBA in Finance from Mississippi College. He began his banking career in Trustmark National Bank’s management development program. Upon completion, he was a Relationship Manager in Trustmark’s Private Banking group. Hank joined First Commercial Bank in 2020. Prior to assuming his regional responsibility in 2020, Lynn served as FCB’s Oxford Market President. Before that he was Executive Vice President with Bank3. His career also includes senior level positions with SunTrust Bank, Metropolitan Bank, and Magna Bank. Lynn has a wealth of knowledge and experience in Commercial Lending. Justin was named DeSoto County President in July, 2021. A gradate of Mississippi State University and the Graduate School of Banking at LSU, he has been in the banking industry over 20 years. Justin joined DeSoto County Bank in 2007, which then merged with First Commercial Bank in 2015. In addition to leading FCB's Southaven team, he is one of FCB's Commercial Banking specialists, and focuses on residential construction lending as well as small business banking. Lucius began his career as an examiner for the Department of Banking prior to joining First Commercial Bank in 2005. He subsequently earned his MBA from the University of Mississippi and is a graduate of the LSU School of Banking. He continued his banking career with Oxford University Bank and Renasant Bank prior to rejoining the First Commercial team in 2020. A native of Memphis, Tennessee, Luke earned his Bachelor of Business Administration from the University of Mississippi. His career includes several years with Citizens National Bank in the Meridian, DeSoto County, and Jackson markets as a Credit Analyst and then as a Commercial Banker. Most recently he served as a commercial relationship officer with Renasant Bank in Oxford. Luke joined First Commercial Bank in 2020. Michael has over 35 years of experience in commercial banking, including 20 years with First Tennessee (First Horizon) in their middle Tennessee and Memphis markets. In 2008 he joined FirstBank and subsequently was named Memphis market president. In 2016 Metropolitan Bank recruited him to manage a large commercial banking portfolio; following the Metropolitan/Renasant merger he remained with Renasant until joining Trustmark National Bank in 2019 as a senior vice president in their commercial banking department. Michael joined First Commercial in January of 2023. Melissa has served in executive administrative support roles for over 25 years, primarily in the banking industry. In 2007, she was one of the founding members of Metropolitan Bank as its Senior Group Administrative Officer and Corporate Secretary. In 2015, she became Metropolitan’s Senior Managing Director of Human Resources. Most recently, she served as the Human Resources Representative for Renasant Bank’s Tennessee and North Mississippi Commercial and Retail Banking Divisions. Melissa received her Bachelor of Arts degree in Technical Writing from the University of Memphis. Jon Bragg joined First Commercial Bank as a Senior Vice President in our DeSoto County office. He is a native of Columbus, Mississippi, and a graduate of Delta State University where he earned a degree in Business Administration. Since 2006, Jon has worked in banking in DeSoto County. Prior to joining First Commercial Bank, he served as a Medical and Private Client Relationship Manager for First Horizon Bank. 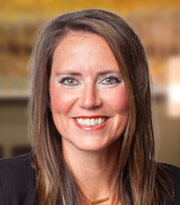 Kera began her banking career in 2006. She left banking in 2009 to work for Northwestern Mutual. In 2011, she returned to the industry with Metropolitan Bank. Prior to joining First Commercial Bank in 2020, most recently Cooper was Senior Managing Director, Private Banking with Renasant Bank in Memphis. Thomas has over 20 years of experience in treasury management, commercial and retail banking. He began his banking career with Union Planters, followed by roles at AmSouth and Trustmark. Prior to joining First Commercial in 2021 he was senior vice president of treasury management for the Tennessee division of Simmons Bank. Thomas is based in our Memphis office but serves clients across all our market areas.

Sarah is a graduate of the University of Tulsa, where she earned a degree in marketing. She joined Metropolitan Bank in Memphis in 2012. Prior to coming to First Commercial Bank in 2020, most recently she managed the Private Client offices and was a Private Client lender with Renasant Bank in Memphis.

About FCB
Back To Top
×

You are about to register for online banking with First Commercial Bank, Mississippi's first and foremost bank for businesses and professionals, headquartered in Jackson, MS with branches in Ridgeland, Southaven, Oxford and Memphis, TN. Please verify that this is your bank before proceeding.

Yes, this is my bank